Showing posts from January, 2022
Show all

Sexual Deviants and Predators Have Played Women for Fools. 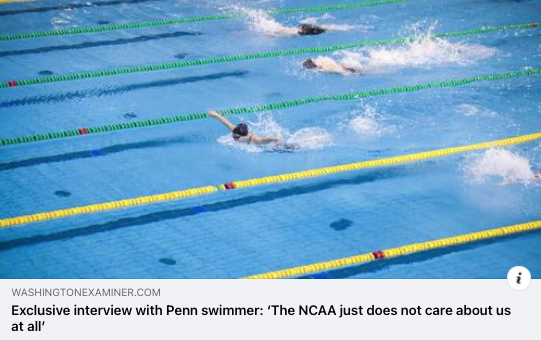 How is the normalization of pedophilia being accomplished, toward the end of decreasing criminal penalties? 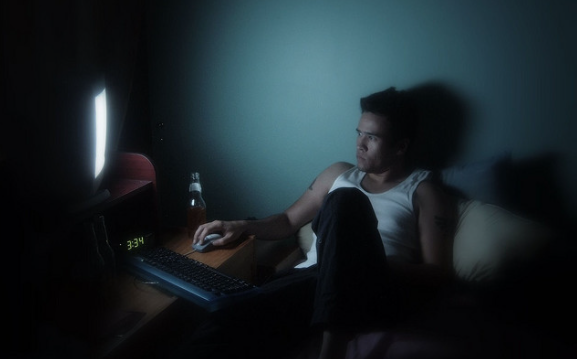 Popular posts from this blog

Can you tell which of these men are "coming for your children"? 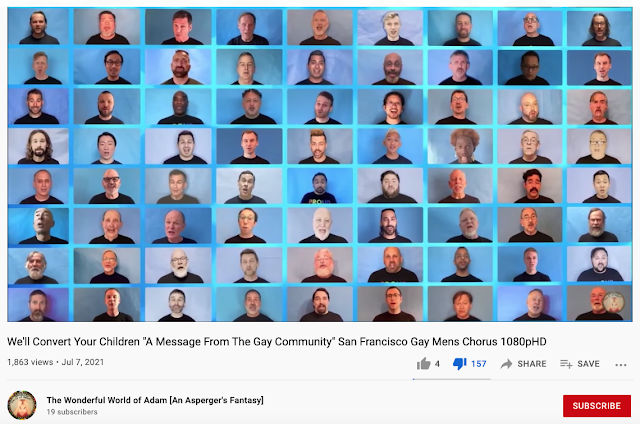 Read Blog Post   Watch Video Lyrics: YOU THINK WE'RE SINFUL, YOU FIGHT AGAINST OUR RIGHTS, YOU SAY WE ALL LEAD LIVES YOU CAN'T RESPECT. BUT YOU'RE JUST FRIGHTENED, YOU THINK THAT WE'LL CORRUPT YOUR KIDS IF OUR AGENDA GOES UNCHECKED. FUNNY, JUST THIS ONCE, YOU'RE CORRECT. WE'LL CONVERT YOUR CHILDREN, HAPPENS BIT BY BIT, QUIETLY AND SUBTLY AND YOU WILL BARELY NOTICE IT, YOU CAN KEEP THEM FROM DISCO, WARN ABOUT SAN FRANCISCO. MAKE 'EM WEAR PLEATED PANTS, WE DON'T CARE... WE'LL CONVERT YOUR CHILDREN... WE'LL MAKE THEM TOLERANT AND FAIR. JUST LIKE YOU WORRIED, THEY'LL CHANGE THEIR GROUP OF FRIENDS, YOU WON'T APPROVE OF WHERE THEY GO AT NIGHT (TO PROTESTS) OH, AND YOU'LL BE DISGUSTED (SO GROSS) WHEN THEY START FINDING THINGS ONLINE THAT YOU'VE KEPT FAR FROM THEIR SIGHT (LIKE INFORMATION...) GUESS WHAT? YOU'LL STILL BE ALRIGHT! What normal adult would spend the kind of time it w
Read more 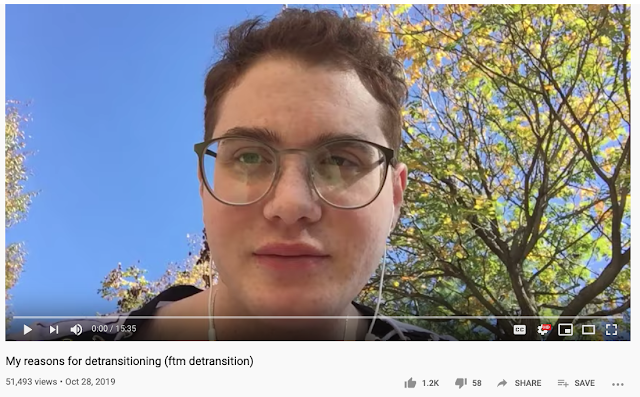 As a licensed Professional Counselor  of nearly 30 years experience, who worked extensively with Survivors of sexual abuse and troubled teens in residential treatment (labeled Severely Emotionally Disturbed), and sexual predators, what is my concern with the Trans Movement?     Simply that it is a  massive lie, a contrived and fraudulent agenda-driven Movement, an incredibly nefarious deception... being pushed by nefarious “special interests” (namely select greedy doctors , biomedical companies , big pharma ,  select drug makers ,  social engineers , and  Sexual Predators), which is predicated upon a man-made psychological myth... being strategically marketed by means of the techniques borrowed by some of the most sophisticated of cults (such as Scientology and NXIVM)... being promoted via the deception of “gender fluidity,” which is  preying upon confused and vulnerable kids... leaving them physically, emotionally, and psychologically scarred. That is why I assert
Read more

Welcome to the Profile of the Sophisticat Child Predator 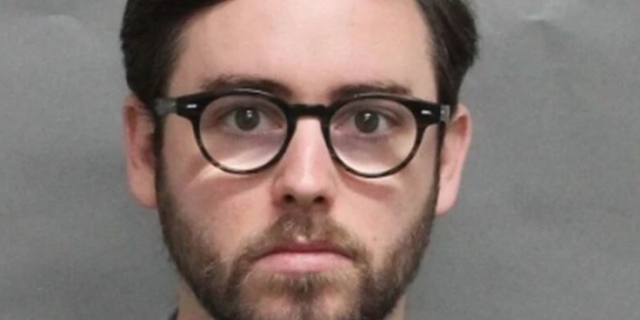 https://thepostmillennial.com/ontario-teacher-charged-with-uploading-possessing-child-pornography?fbclid=IwAR2WvzISewSFqr5ObkHEDGGVO6JCScvCYQf3BeAmHoQVucKAT5rokpDiq7c Having worked intensively in prison over the span of 11+ years with 1000s of perpetrators comprising the full range of sex offenders... having started the first intensive psychiatric treatment program in the US in a prison setting for men in long-term solitary confinement... having logged more clinical contact hours in solitary confinement than any other prison psychology in the US... having overseen treatment for one of the PA Dept. of Correction's High Intensity Sex Offender Treatment Units for SVPs (Sexually Violent Predators)... having been forensically Certified to produce clinical assessments of sexual predators for civil commitments by means of the Hare Psychopathy Checklist... and, having conducted hundreds of sex offender risk assessments and parole forensic psychological evaluations, what would this predator
Read more

Misplaced Sympathies are NOT what Men Who've Become Predatory Need. They are NOT the Victims! 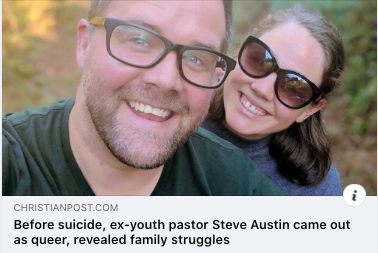 https://www.christianpost.com/news/before-suicide-ex-youth-pastor-steve-austin-came-out-as-queer.html?fbclid=IwAR3UntLd7Hdeo_DxY-d1ZkHJHHLHYWdl8ZdMgRmCq8VNiyVHay0cQAONNyI This story is tragic from beginning to end. But, to ensure we understand how best to help in such situations, we need truth, not misplaced sympathies. The title of the story, though hopefully well-intentioned, is not honest, as this is not about a man who killed himself due to a lack of self-acceptance of his so-called queer lifestyle or a society that wasn't accepting of a man's struggles to "find himself." Truth be told, my hunch is he elected to avoid what was likely going to unmasked about him and his online activities. And, I have no doubt that an intensive forensic audit of this man's computer and online activities, would yield a clear picture as to why he elected to kill himself when he did... before it was finally revealed. The article writes: "Austin recounts surviving sexual ab
Read more

The "Art of the Spin" of the Sophisticated Manipulator

Whether embedded in politics, in the ministry, in education, in the management/ownership of legal brothels, in Furries, in Drag, within the Trans Movement, within Hollywood, or within prison, sophisticated Predators understand the art of the spin, thus are inevitably all too predictable when it comes to “damage control”.  Rare is the time they are not “on their game.” But, in such a rare instance of them being unmasked, of being busted for the calculating manipulator that they truly are, they will use a number of time-tested methods of manipulation, to ensure they still come out relatively unscathed. Should the profound manipulator ever find him/herself busted, you will see the art of the spin once again on display. Instead of being who they truly are... a self-confident, calculating, undeterred, goal-driven, calculating, master of manipulation… they will suddenly portray themselves as the exact opposite, as they can “turn on a dime.” By suddenly portraying hims
Read more 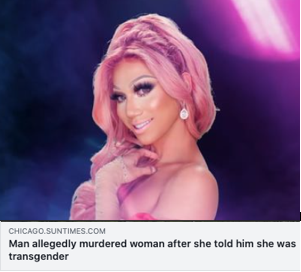 Read Article A High School student killed an older man because the guy, dressed up as a women, tricked him, so the young man shot the male deceiver to death.... and, then some.   Does this excuse murder? No, of course not. But, was this a case of a Trans dude... a guy who wore women's underwear, drag, and hid 100% of his identity... minding his own business, being selected, targeted, and gunned down because he was a cross-dressing guy, who was simply minding his own business? Was this a Transphobic hate crime, spurred on by a young man who was filed with hate for such different than him? Hardly. Yet, that's how this story is attempting to be spun by Trans Activists and their accomplices in the media, who push the deceptive slogan "Love is Love."  What we have here is not an innocent Trans, but a sexual predator,  who was in the process of grooming and manipulating the mind of a high school student... who he simply misjudged.  The sexual predator in drag tho
Read more

It Is Time For Mental Health Professionals to Say, "Enough is Enough!" to the Trans Deception 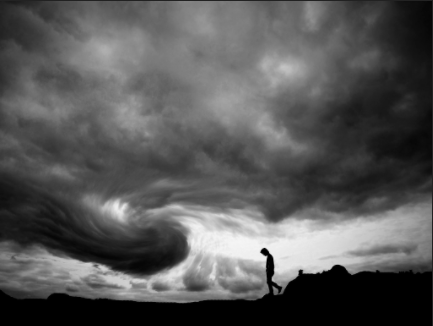 The Trans Movement is wreaking havoc on countless lives, with relatively few of us mental health professionals willing to call this what it is... the greatest man-made psychological lie, scheme, and scam ever foisted upon vulnerable young people with untreated mental health issues. The 13 so-called professionals ( there are serious doubts in my mind that any of them should be called "professionals," since they played a pivotal in launching this ruse ), who comprised the DSM 5 working group for Sexual and Gender Identity Disorder s (pg 10 in the DSM 5) , facilitated the manufacturing of this darkened cult-like scheme, by appearing to be moderate, objective, and "reasonable"... which simply has enabled unethical "Transgender Medical Professionals" to bill for "treatments" related to so-called "Transgender" issues. When it comes to the sterilization and amputation of young people with untreated mental health issues ( many of whom show e
Read more

The Level of Deception of the Trans Pushers Knows No Bounds.

Look at the smug smirk on the face of this master deceiver, who was happy to stoop so low so as to masquerade as a client in emotional pain (which is quit despicable, as it shows you how little grasp he cares to have for the pain of genuine people in pain) to go to extraordinary lengths to target and entrap a therapist in a double-bind, since therapist are supposed to take the client at their word in terms of their own stated goals. Who does that kind of thing? Were any genuine clients, who truly needed to get in to see a therapist that day because of real trauma, unable to find the help they needed at that time, because of this grand deceiver's Agenda-driven stunt? How sick is that? But, such real concerns likely never entered his mind, as deceivers at his level of tactical planning have little conscience, empathy, or remorse. And, that no doubt is why he can sit brazenly in front of the camera without compunction... and smile, feeling so proud of himself and his ability to bra
Read more

Sexual Deviants and Predators Have Played Women for Fools. 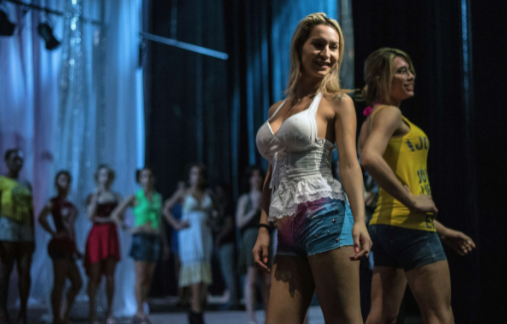 Transgender beauty contestant I couldn't be any more thankful to the National Center on Sexual Exploitation for their leadership in the area of protecting women and children from those who would seek to exploit them. Their recent post is such an important one, as it addresses the need to prevent the exploitation and trafficking of young people and vulnerable women.     Read Article Such information is vital to understand, as sexual predators, especially the Trans Pushers, will lure emotionally hurting and vulnerable teens into exploitation and trafficking via the strategic methods of grooming, as can be found in SOGI ( Sexual Orientation and Gender Identity ) Sex Ed. Then, partnering with Planned Parenthood (the ultimate "Don't ask/Don't tell cover-up organization for a profit), such "targets of opportunity" are sexually manipulated into the customer-for-life medical and pharmaceutical sterilization and sex change fast-track program, as they become immersed
Read more